Highlights from previous round

Veikkausliiga 31.5.2017 lineups and markets and a few notes

A quick introduction to Wednesday full round, you can solve your puzzle of who wins. All market moves registered from Sportmarket.

Expecting KuPS to win, very much in doubt with all the rest.


Local odds for a start 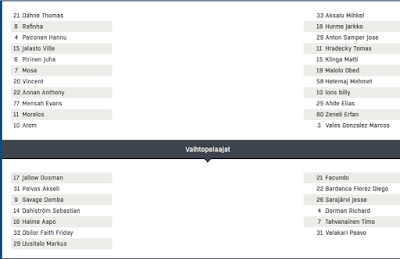 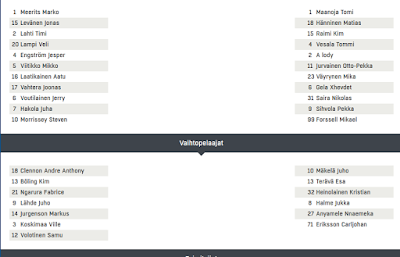 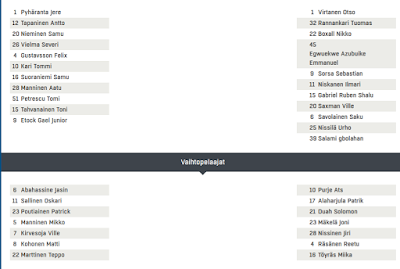 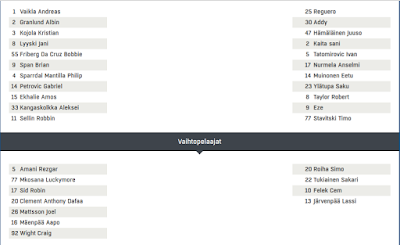 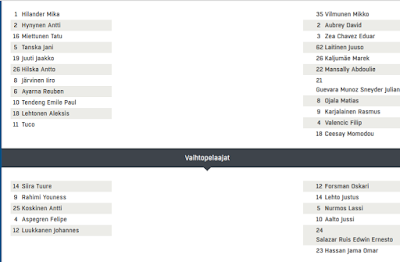 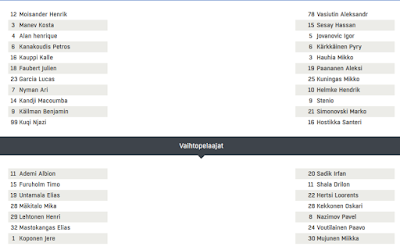 And market moves, from Sportmarket;  chart taken some 15 mins after lineups are out. 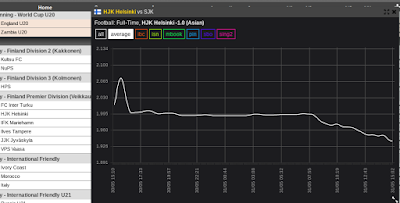 Yes, very important Mosa is back at HJK, but the formation is unbalanced as HJK will field Atom as left winger, which is a bad idea. CB Obilor rotated to bench, mf Vincent been poor for a long time, actually since he joined HJK 2 years back. 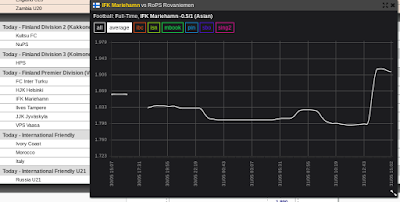 Dont really see why odds would move so badly... are people so afraid of Robert Taylor who returns to RoPS starting-11?

Ilves odds rising too which is no miracle as half the people have no clue whether they are Jekyll or Hyde today. I have no clue. Kemi gk change from Forsman to Vilmunen is a big minus. 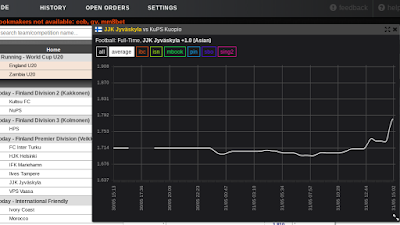 JJK miss key players Manninen and Poutiainen along with long-term injured players, KuPS with optimal lineup and having rested a few players last round away at Kemi. 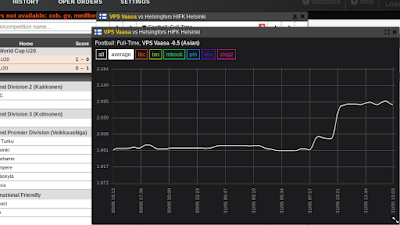 VPS with a thin squad have produced miracle results so far, today missing very important mf Lähde (bench) HIFK with some fresh blood on the right wing, but the remain to be a rather poor bunch.


Not even a full round yet and there is a significant difference if you for example have met JJK but not yet HJK. One club however stands out. 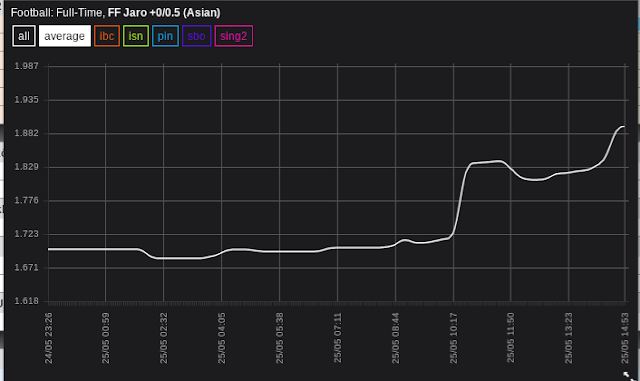