Veikkausliiga odds for May 3rd

As usual the first odds can be seen here at asianodds.com

Naturally most of you can not take advantage of the early asian odds because of limits, but as Sportmarket.com offer also Singbet odds there is already now easily € 1000 bets per click accessible.

Highlights of previous round here.

Highlights of the big derby: HIFK vs HJK 1-1


How much do want to place in Finnish Veikkausliiga Early Market?

Would 10k at one click for example in this HIFK - HJK game be enough? 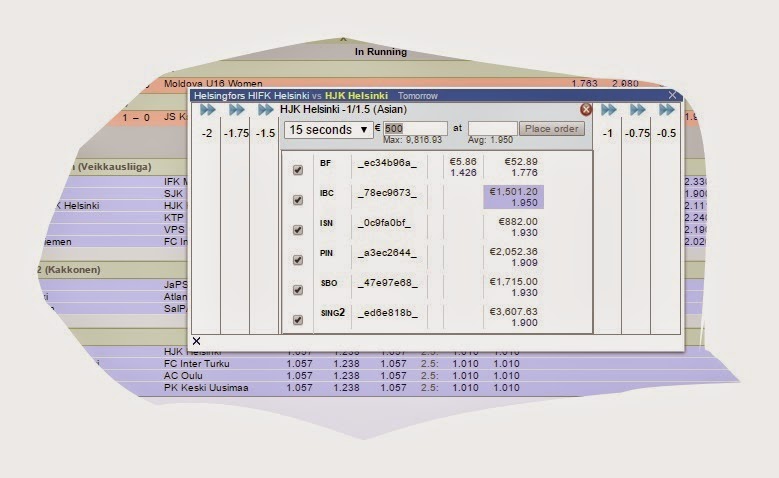 Sportmarket PRO does that for you.
There is an an article about Sportmarket PRO live limits and bookies at Antti´s Blogabet site. Go and  read!
Lähettänyt JS klo 7.31 Ei kommentteja:

One extra late missing as Zeneli could not start and HJK had no wingers at all in the starting lineup. On the other hand Savage came in 2nd half after injury.
Lähettänyt JS klo 9.27 Ei kommentteja:

Massive market moves towards FC Lahti, and as there is no sensible reason for it HJK are worth a bet today. No reason to suspect any foul play here either.

Rank 1 vs mid table team  who have performed badly the whole preseason and who miss 2 key players so this is no rocket science.

At least his paperwork is cleared and he is allowed to play, but he starts from the bench. Not sure  whether he minds that much, it is snowing in Kuopio ahead of the cup match vs Lahti.

If you do not know who Freddy is there is an article about his movements at Monkeyodds: 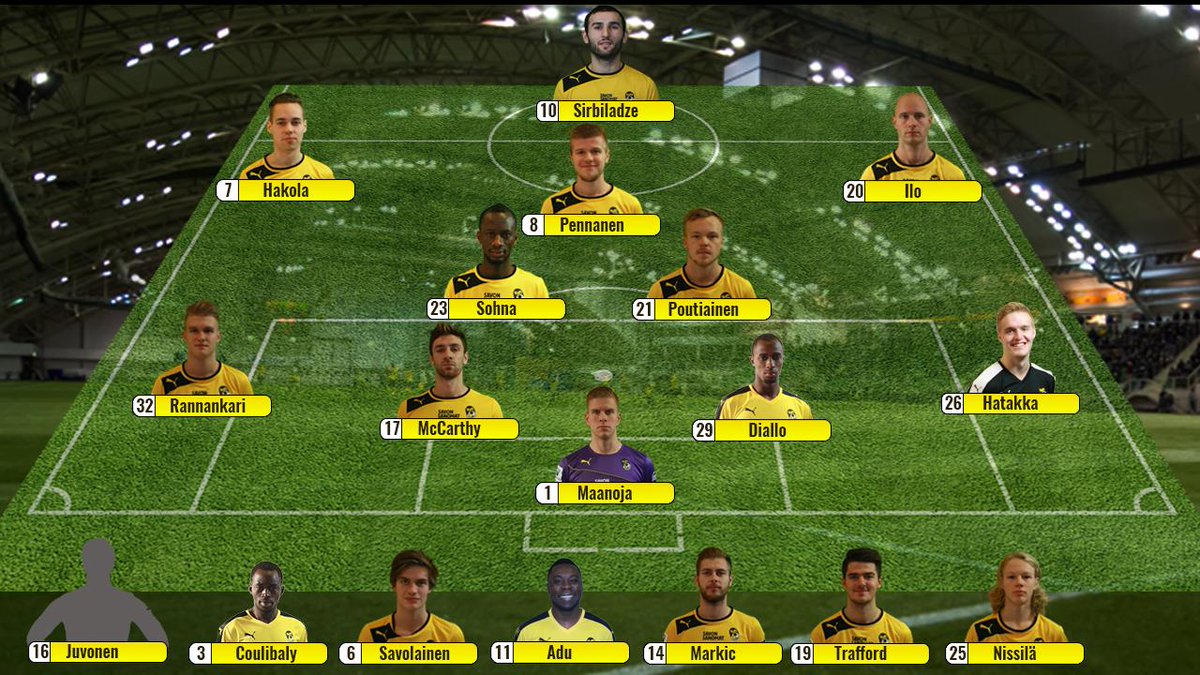 Asian odds below, local joke of a bookie Veikkaus have dropped KuPS -0.5 already twice from 2.65 to 2.25. Muppets.

Sonera stadion, home of HJK and HIFK this season getting a facelift

and ready to welcome the teams for the big derby on April 23rd! 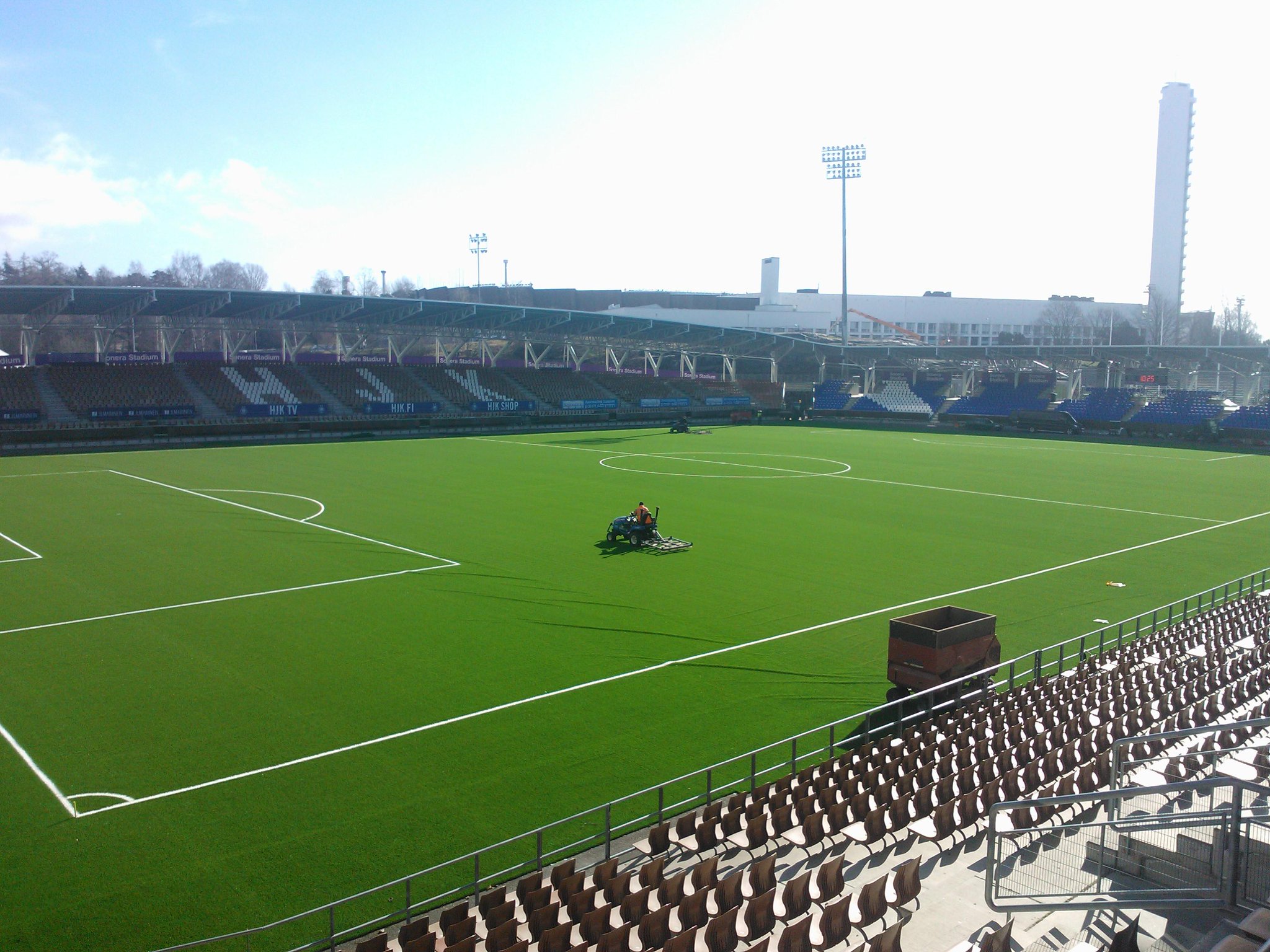 For the best asian odds out there is no need to go through all bookies anymore.

Now I am not going to write any myself this season in any language, but if I find any in English I will link them here.

First one here; and even if it is a rather decent one I need to stress that I have nothing to do with any of these.


If you find other ones please let me know.

What again happened in Veikkausliiga 2014?

HJK actually lost round vs RoPS and VPS lost vs MIFK in the early rounds, but both match results were changed in the cabinets  and the official stats are below.

HJK were once again outstanding, SJK proved to be good. TPS were weakest team as expected but the most interesting and sorry fact is that both MyPa and Honka were denied a league license for 2015 for financial reasons. A decision which should had taken place earlier.
2015 there is no MyPa nowhere, Honka continue at Kakkonen and they are coming back with an excellent squad.